The work is to be carried out to repair and preserve the concrete substructure of the iconic seafront landmark ahead of plans to revive it as a tourist attraction.

A range of subsequent options to revive the landmark are being considered including returning it to its original theatre and music venue, bringing back a heated swimming pool, possibly including a small boutique hotel or providing a new food court in the space.

A report to Adur & Worthing Councils Joint Strategic Committee (JSC) on Wednesday (March 16) recommends an extensive period of consultation with local residents about what they would like to see there but also warns that many of the options are likely to be expensive.

In the meantime a specialist report on the substructure repairs needed is imminent with councillors told that borrowing of around £2m is likely to be needed although full costs are not yet known. Worthing Borough Council, which spends around £11,000 a year to maintain the structure against the seaside elements, now recognises it is coming to the end of its natural life and more significant work is required.

Cllr Nicky Waight, Worthing’s Executive Member for Regeneration, said: “The Lido has been a much loved attraction for residents and visitors over the years but now it needs some extra care from us to give it a bright future. We need to invest more in the Lido to make sure it remains one of our major seafront destinations

‘As we move forward we will involve the community in these deliberations but rest assured the Lido will be part of our wonderful seafront for decades to come.’

The Lido was originally built as a bandstand enclosure in 1925 on the site of the old ‘bird cage’ band stand which dates from 1897. The current ‘D’ shaped enclosure was built on an extended elevated substructure over the foreshore.

The swimming pool was added in 1957, which is when the structure became known as The Lido, the pool being subsequently decommissioned in 1989 with a concrete slab placed over it. The extra weight of the swimming pool and subsequent slab has taken its toll on the substructure, both concrete surface and pillars that support the base.

To help start the process an architectural company with expertise in lidos was engaged to look at possible future uses. Among the options outlined are the return of an outdoor swimming pool including an option to add a small boutique hotel and restaurant, a music venue or a theatre, and a food court.

The report to the JSC says the cost of some of these options might be upwards of £10m with applications to the National Lottery Heritage Fund, the Government’s Levelling Up Fund for and even a public subscription campaign possible options to raise funds for the project. 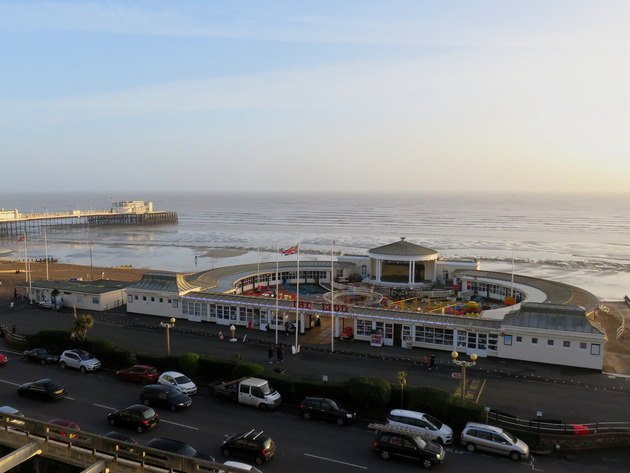