WHO GIVES A DAMN?

Malcolm Baldwin from Sustainable Staverton, used to live locally and has written this concise and punchy summary of where we are today, and how so much time has been wasted in terms of reducing global warming. 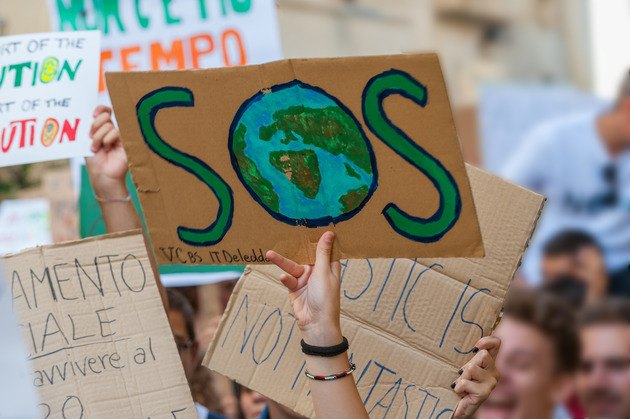 The climate and ecological crisis which is now upon us threatens the existence of humanity.  Yes, it’s that serious.  It’s not only climate chaos but soil erosion and desertification; it’s plastic pollution and the mindless application of chemicals to the environment.  It’s about the million or so species threatened with extinction, it’s about industrial fishing destroying fish stocks, it’s about coral bleaching, ocean acidification and dead zones along coastlines; it’s about the health of our rivers, the future of our food supply the air we breathe and water we drink.  It’s about the absurd notion that we can have infinite economic growth on a finite planet.
There I’ve said it.  I can already hear the disgruntled moans which seem to follow environmental campaigners whenever they open their mouths.  We have grown used to the gibes – 50 years ago we were accused of being ‘yoghurt weavers’ or members of ‘the brown rice and sandals brigade’.  The put-downs got worse when we became ‘the prophets of doom’.  Consequently we scaled back our language and for a while the message became so diluted that it seemed all would be OK if we recycled our Guardian and took our bottles to the bottle bank’,  we could put off the day of reckoning for  years to come. Sadly that’s lost us 30 years in the fight against the existential threats which now face all of humanity.
Simultaneously the merchants of doubt, generously funded by the big oil companies, were busy to keep their profits rolling in.  They did not deny the fact of man-made climate chaos but simply cast doubt on the science.  Their public relations stance followed the example set by the tobacco companies a few years earlier.  Anxious to hold on to their profits, big tobacco needed to sidestep the links between smoking and lung cancer, so they ran a highly successful campaign (in their terms) to cast doubt on the emerging medical science.  It delayed curbs on tobacco sales for 30 years.
In the UK the BBC did not help with the emerging awareness of environmental destruction.  Their policy of impartiality meant that every time a scientist issued warnings about man-made climate heating; the opposite view was aired by the likes of climate change denier and former Chancellor of the Exchequer Nigel Lawson.  It was a bit like a news item on planet earth orbiting the sun had to be balanced by a spokesperson from the flat earth society!
So it’s no small wonder that ordinary citizens are confused by what’s going on around them.  And then we have to consider the ‘Shifting Baseline Syndrome’. Basically this means that my view of nature will not be the same as my grandmother’s or my grandson’s.  I remember skylarks filling the air with song; clouds of blue butterflies on the South Downs and drainage ditches full of frogs and newts.  By comparison my grandson’s outlook will be severely depleted, but he will consider it as normal.
Sometimes I wonder whether the human species is so well adapted to seeing the animals in the wood that the forest goes unnoticed.  In addition there are deep seated religious, psychological and philosophical reasons why we collectively stand by and watch the horror of environmental destruction, but sadly no space for that here.
So, what can you do?  Saving humanity and the planet is a daunting task and Superman isn’t coming! However it’s much easier now than it was fifty years ago.  Firstly choose an area that interests you.  Possibly it’s energy, transport, climate justice, agriculture or the oceans.  Then get informed and match your interests to an organisation like Greenpeace or the Wildlife Trusts.  Write to your MP, go on demonstrations, plant wildflowers and dig a pond, hold discussions with your friends, and you will be supported by the largest worldwide organisation that has ever existed.
Share this article...

Carol Allen - August 19th, 2022 1:13pm
Well said.. You're so right about ALL you say and it's a hard job to try and persuade anybody at all because they're so focused on other things of little value that might affect them. It's just unbelievable with affluent seemingly educated people around us ignoring the realities. What evidence do they want for goodness sake?? Anyway keep up the good work there are others like us, seemingly few and far between growing all the trees they can, forming litter picking groups, protesting against local bldg and The Inspector subsequely turned the proposal for more houses down!

Thank you for your comments, they will appear shortly once approved.
hello@insidemagazines.community