A strike by members of the GMB has today ended after intensive talks between Adur & Worthing Councils and unions.
Members of the GMB voted this morning to end their industrial action after a series of measures were agreed which will see new pay grades established for some workers, improved weekend and bank holiday pay for cleansing crews and an increased specialist skills payment for HGV drivers. 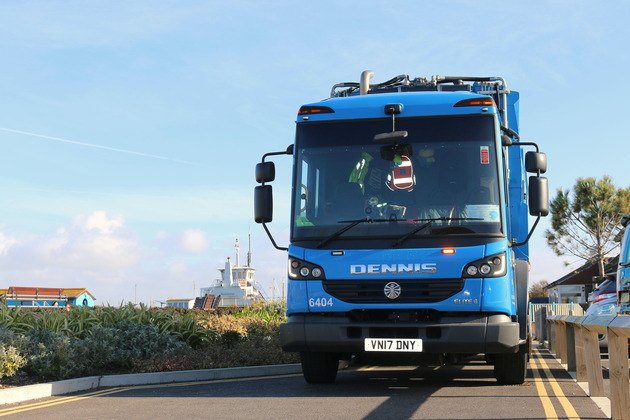 The move came after talks ended yesterday between the Councils and the two recognised unions at the refuse, recycling and cleansing service, UNISON and the GMB.
Under the deal the services bin crew Loaders will be moved to the top of Grade 3 of the Local Authority Pay Scale which equates to £22,129. Cleansing drivers will move to the top of Grade 4 or £24,920. In addition an already implemented skills payment for HGV drivers will be increased from £2,700 to £3,500.
The Councils had already begun a review of the service post pandemic and this will continue with full job evaluations being conducted within the service.
A spokesman for Adur & Worthing Councils said, ‘We are pleased that all parties have found a way to end this strike and thank residents and businesses for their patience during this difficult time.
‘At all times we have sought to find a way to recognise the excellent work staff at this service undertake while being mindful that our budgets are tight and that we also have to protect other services. We think we can do that with this deal which gives extra remuneration for staff
‘What we and our staff want to do now is continue the catch-up to remove the backlog from our streets as soon as possible. We will be reaching out shortly to our commercial customers who have had to seek alternative arrangements during the strike and we will be working on reestablishing green waste collections as soon as practicable after the backlog of residual and recyclable waste has been tackled.’
The GMB strike started on March 14 but talks to end it could not begin under industrial relations practice until the union had been through an official recognition process which would allow it to join the already recognised union UNISON in jointly representing staff at the service. The GMB eventually accepted this and signed the joint deal on April 8 from which time Councils have been working tirelessly to find an acceptable deal to end the strike.
The Councils initiated a review into the whole service in October last year which involved talking to staff and UNISON. The result of that review gave all staff a pay rise in the first year of more than 6% on top of a national backdated pay award of 1.75%. The Councils' HGV drivers had been given pay rises of more than 12.7%. The new deal of extra regrading and specialist skills builds on this.
Councils had already agreed with the GMB last week that their strike would be paused to deal with the backlog of waste building up on the streets while talks were ongoing. Cleansing crews did not go on strike and have been working throughout this period.
For more information on the strike and collection details go to https://www.adur-worthing.gov.uk/bin-strike/
Share this article...