A flood-hit charity has thanked the local community and the Mayor of Worthing for their kind donations to help with the clean up and restoration of its store. Worthing-based Superstar Arts had to close their premises on South Street, Tarring after damage to nearby pipes saw water gush in. 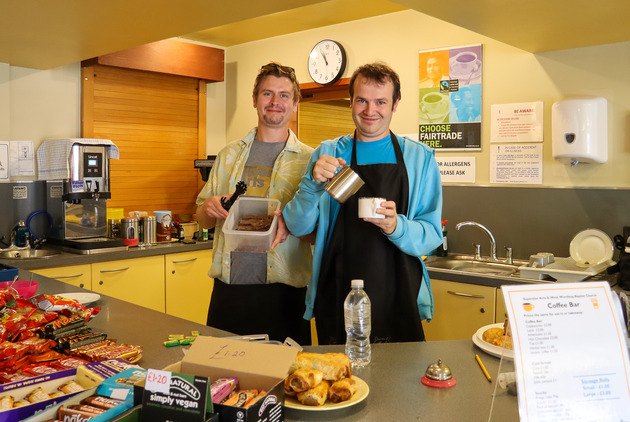 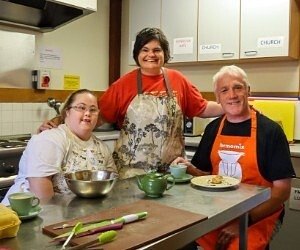 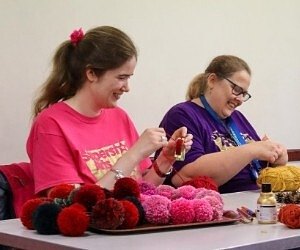 The charity, who provides innovative opportunities for those with learning disabilities, says it is ‘feeling the love’ after a generous response from the local community.
For more than a decade, Superstar Arts have been providing creative work experiences and leisure opportunities for young people and adults across the area.
The charity began in 2012, looking to host an art hub for their eight members, but has gone from strength to strength and now offers cooking groups, printing sessions, a coffee bar and online shop which is attended by their 70-plus participants.
Superstar Arts also has links across the community, with pupils at Oak Grove College, a Worthing-based SEN school and sixth form maintained by West Sussex County Council, regularly involved with the project.
But following two leaks from the nearby plumbing, Superstar Arts’ shop was damaged and subsequently forced to close, leading co-founders and managers Jo Sullivan and Jo Telling to reach out to the community for some support.
Among the kind donations, one sum was received from the Mayor of Worthing, Cllr Henna Chowdhury, who is also supporting the group as one of her charities during her term. The other two are Worthing Mencap (Buddy’s) and West Sussex Mind in Worthing.
Thanks to everyone’s help, Superstar Arts have raised £3,500 for their flood appeal to cover uninsured losses and repairs to their shop are now underway.
One of the co-founders Jo Sullivan said: “The support from the community has really lifted everyone's spirits and we are very grateful to everyone that has offered their help.
“We’re really feeling a huge amount of love from local supporters at the moment which is amazing, and we’re delighted to provide this service to those who need it.”
Cllr Chowdhury said: “I chose Superstar Arts as one of my charities because I am so impressed with the work they do. When I heard about the damage, they had suffered it was the natural thing to do to donate to their repair fund. I hope I can raise more for both Superstar Arts and my other charities as my year goes on.”
The charity which helps people with learning disabilities create, learn and discover will soon be launching another fundraising campaign as they look to replace their old minibus with an updated, safer and more accessible model.
The minibus makes holidays and long weekends away possible for clients and gives participants more independence. To find out more on their fundraiser, visit: https://localgiving.org/charity/superstararts/
Share this article...