NEW COUNCIL LEADER PLEDGES TO LISTEN TO THE PEOPLE OF WORTHING

The new Leader of Worthing Borough Council today (Friday) pledged to bring a fresh approach to local decision making, empowering residents to take actions to improve their lives and environment.

She was speaking after the annual meeting of the Council, at which she was confirmed as the new Leader. Cllr Henna Chowdhury was elected as Mayor and Cllr Rita Garner was appointed Deputy Mayor.

Cllr Cooper said: “This Council is going to work with - not just for - the community. We’re going to listen to residents across the borough about what needs to change, including those voices that for too long have gone unheard.

“We all know the major problems we face today, such as increasing levels of poverty, inadequate housing and the climate emergency. But we can’t fix them on our own.

“Instead, as a listening, community-first Council we will partner with as many people and organisations as possible to try to find solutions to these problems - starting right now.”

Among the pledges the ruling group has made are:-

• A Big Listening campaign will take place this summer in which the Council will be travelling to neighbourhoods to hear what people have to say about where they live and what the authority might be able to do to help them.
• A Big Clean-Up event is to be held to spruce up areas and bring them back to life.
• A poverty emergency is to be declared, with the Council working with groups and organisations to understand the level of economic distress in communities and work towards possible solutions.
• A team will examine ways of tackling the housing crisis, including the Council directly providing homes.
• Recycling targets will be raised, domestic food waste collections will be introduced and more dog poo bins will be installed.
• Moving some meetings out of the town hall and into neighbourhood community centres, and surveying residents about Council traditions such as the role of the Mayor.

After being elected Mayor, Cllr Chowdhury she was looking forward to starting work.

She said: ‘Mayoral roles have always been about linking the Council to the people and I want to strengthen those links and work even more closely with all parts of our communities.’

At today’s (Friday) annual meeting the ruling group decided not to wear the traditional robes worn for ceremonial occasions, choosing instead to make the occasion more informal. 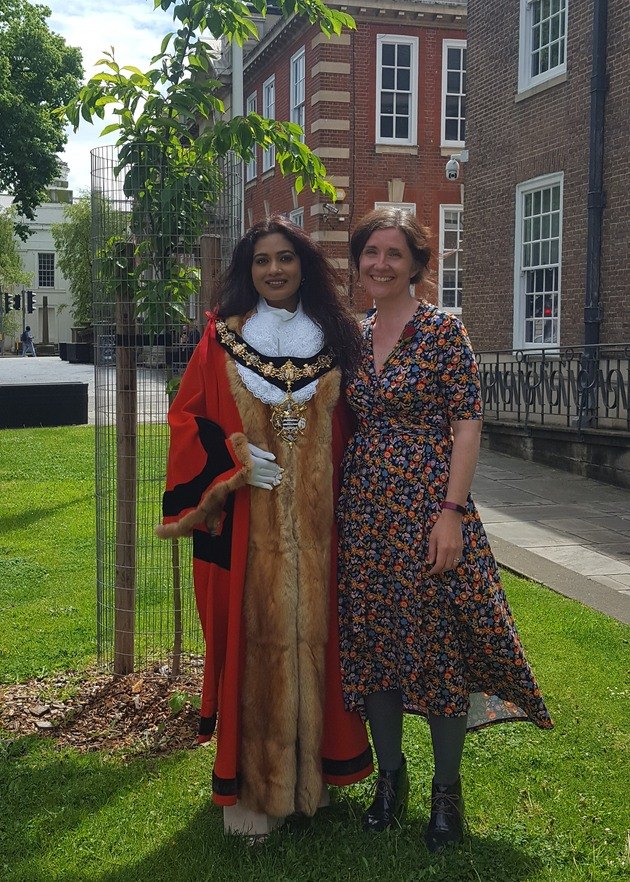