Worthing Borough Council’s Environment and Regeneration chiefs have demanded improved water quality checks from Southern Water in a bid to protect its coastline from pollution. 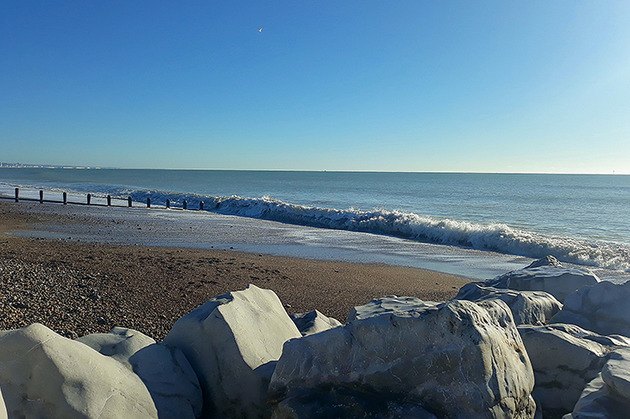 Cllr Vicki Wells, Worthing Cabinet Member for the Environment and Regeneration, also criticised the company after it changed its testing criteria, making it harder for the public to interpret a sewage pollution event.
The Members were responding to Southern Water’s Draft Wastewater Management Plan, a consultation, designed to set out the investments needed to make wastewater and drainage systems fit for today and the future.
As a result of the consultation, the councillors have called on Southern Water to:
•take action to address recent sewage discharges as a matter of urgency
•ensure all outfalls are equipped with operationally functioning Event Monitors or other sensors that are checked and maintained regularly
•ensure that communication with Council Environmental Officers and Foreshore Wardens is prompt and informative
•help reduce surface water runoff overwhelming the Combined Sewer System
•Provide the Coastal team with free sample test kits enabling first response of suspected leaks at outfalls following advisory guidance from Southern Water.
An application to DEFRA for a second Bathing Water designation - at East Beach is about to be submitted by the Council, thanks to the dedicated help of Citizen Scientists who gathered the vital data reflecting the increased popularity of open water swimming and water sports activities at the location.
Cllr Wells said: “It is imperative for health, the environment and the expectations of beach users that the water quality issues are addressed.
“We welcome Southern Water further assisting to help water separation from drainage systems for Worthing’s public buildings and residents, as well as the addition of sustainable drainage in parks and urban spaces.
“We will continue to work with Southern Water to ensure these are modified where possible to help mitigate increased rainfall with climate change. But we feel the measures don’t go far enough and we are demanding improved outcomes for our residents, visitors and businesses as a matter of urgency.”
Under questioning from Adur & Worthing councillors in January, Southern Water vowed to clean up its act by agreeing to explore a series of measures to cut down on its dumping of raw sewage into the sea and rivers.
The company was fined a record £90 million in July 2022 after the company admitted 6,971 illegal spills from 17 sites in Hampshire, Kent and West Sussex between 2010 and 2015 and told councillors its record in dumping raw sewage in the sea and rivers is 'unacceptable'.
Share this article...