The chairman of Worthing Borough Council’s planning committee has spoken of his disappointment at the number of affordable houses included in a major new development just given the go-ahead. 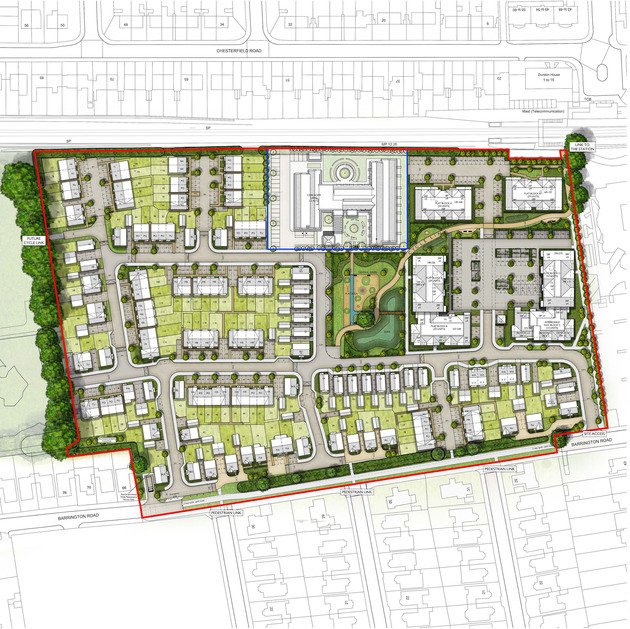 .Cllr Jim Deen was speaking as his committee gave the unanimous green light for a 287 homes project to be built on the site of the old HMRC building at Barrington Road, Goring. The site, close to Durrington railway station, will also contain a 68-bed care home.
The site had already been given outline planning permission before the current administration of the Council came to power and now the committee has agreed the details of the scheme subject to further reports on noise and existing trees.
In the original scheme there were plans for 20 affordable homes out of the total of 287 on the six hectare site but after representations the developer, Bellway Homes, has agreed to increase this figure by two.
Cllr Deen said, ‘I am disappointed about the number but pleased that we were able to increase the figure if only slightly. The Planning Committee’s hands were tied given that initial outline approval had been given some time ago.
‘However our expectation in the future is that developers will respond to the very clear message we are sending out that the new administration is determined to secure a higher proportion of affordable homes in future developments to meet the very clear need we have in the town for this type of accommodation.’
Bellway maintained that any more affordable units, defined by the government as for people who are priced out of the market, would make the development unviable. In total there will be 148 one and two bedroom apartments in four five-storey blocks, 47 two bedroom houses, 71 with three and 21 with four. More than 250 parking spaces have been allocated and a green space with play equipment provided.
As part of the scheme Bellway has committed to prioritising an upgrade of the foot and cycle-path between the two ends of Barrington Road in order to minimise inconvenience to users. The path is a route to the nearby West Park School and Little Fishes Nursery and is to be resurfaced, made wider and lit as part of the approved development but with the existing adjoining hedgerow remaining.
All developers have to contribute to what is called Community Infrastructure Levy (CIL) which can help improve infrastructure around a site. Around £350,000 has been contributed from this development. Among the projects to benefit will be £50,000 towards improvements at nearby West Park, site of the Leisure Centre. A further £80,000 is to be spent on improving local health facilities and £50,000 on bus shelters.
As of August this year there were 1666 households on Worthing’s housing register in need of rehousing. 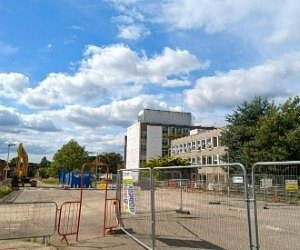 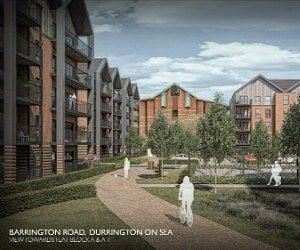 Sussex Police target and safeguard victims of domestic abuse during the men's football World CupNovember 30th, 2022Community urged to have their say on plans for Union Place in WorthingNovember 28th, 2022